On April 6 to 8, members of the Basque Rescue Dog Group attended the International Symposium which took place in Fontainebleau, France. On April 9, they also participated in the IRO Meeting celebrated in the same place.

During the Symposium possibilities were offered to attend conferences and speeches on the relationship between nutrition and olfaction, veterinary support for dog teams working in disasters, the use of biological indicators in earthquakes, scents and their temporal duration, etc.

Demonstrations were given on works by dogs who locate human rests, hydrocarbons and false banknotes. Training with elephants and marine mammals was also shown. 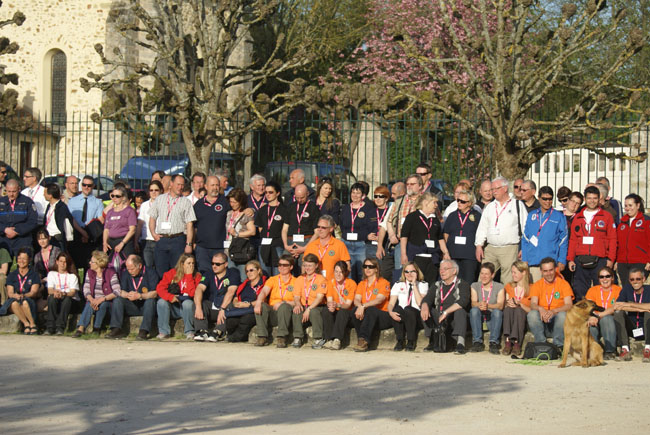